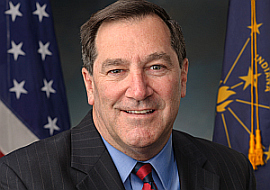 Donnelly, who co-sponsored the Clay Hunt SAV Act, said, “With an estimated 22 veterans taking their lives every day, we must do more to prevent veteran suicide and improve mental health care services available to our heroes. This bipartisan bill is a step forward in addressing veteran suicide, and I am committed to continuing to work with my colleagues on this critical issue.”

The Clay Hunt SAV Act includes provisions that would:

Donnelly has worked to combat military suicide through his position on the Senate Armed Services Committee.  In December, Donnelly’s signature legislation, the Jacob Sexton Military Suicide Prevention Act, was signed into law. The Sexton Act will require that all servicemembers, Active, Reserve, and Guard to have an annual mental health assessment starting this year. To learn more about the Sexton Act, click here.