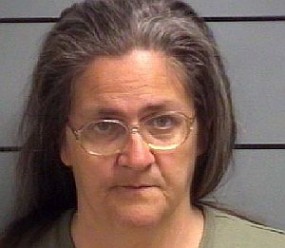 48 year old Margo Wallace of Plymouth was scheduled to be sentenced Wednesday in Marshall Superior Court 1 for allegedly burning the feet of her 7 year old granddaughter in the bathtub on March 30, 2013.

Wednesday morning Wallace would not fully admit to the charge so Judge Robert Bowen did not accept her plea of guilty.  It is anticipated that her case will now go to trial.

Disclaimer:  The person charged is presumed innocent and that presumption shall continue until or unless a jury or judge decides the allegations have been proven beyond a reasonable doubt.  The person charged is entitled to a trial by jury at which they cannot be compelled to testify and may remain silent.  The accused is entitled to an attorney to represent her, and if she cannot afford an attorney one will be appointed for her at public expense.  At that trial the State of Indiana is required to proved each element beyond a reasonable doubt, and if it fails to do so, the person charged should be found not guilty.