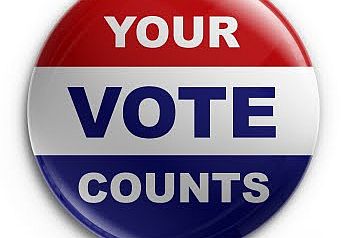 Today is Primary Election Day across the State of Indiana.  The polls are open from 6 a.m. until 6 p.m.

In Marshall County citizens will have the opportunity to select a couple of Republican candidates for the November General Election.  There are two races with four vying for the District #1 County Commissioner seat currently held by Jack Roose.  Candidates on the ballot include Steven Engel, Kurt West Garner, Stanley Klotz and Heath A. Thornton.  Although the candidate must come from district #1, all registered republican voters will be able to mark their ballot for their choice.

The second race on the Republican ballot is only for voters in Union, Green and West Township to select their candidate for County Council District # 2, the seat currently held by John Benedict.  Joyce Greeson and Bill Githens will battle it out for the chance to be the candidate in the November General Election.

Registered Democrats only have one selection on the ballot in Marshall County.  There are four candidates who want to challenge Jackie Walorski for the U.S. Representative Seat in District 2 in November. Democratic candidates include Joe Bock, Douglas M. Carpenter, Bob Kern and Dan Morrison.

Marshall County recently combined several precincts and this will be the first election where Plymouth has combines and changed polling sites.  Those voters who are in Center 1 & 2 will vote at the National Guard Armory, while Center 3 & 4 will be at the Knights of Columbus with Center 5 & 6 at the Plymouth Baptist Church and Center 7 & 8 will be at the REMC Auditorium.

Other polling places around the county include Bourbon 1 & 2 at the Triton High School, German 1 at the Lake of the Woods Community Building, German 2 at the Bremen Missionary Church and German 3, 4 & 5 at the Bremen High School.  Voters in Green Township will vote at the United Methodist Church in Argos and North Township voters in precincts 1, 2 & 3 will head to the polls at the LaPaz Community Building.   Polk 1 & 2 will be at the Tyner Fire Department, Tippecanoe will vote at the Tippecanoe Community Center and Union 1 and 2 will be at the Culver Depot.  Walnut 1 and 2 voters will cast their ballots at the United Methodist Church in Argos and West 1, 2 and 3 at the Pretty Lake Trinity Church Fellowship Hall.

Remember to bring a government issued photo ID for verification.  If you don’t have one license branches across the state will be open from 6 a.m. until 6 p.m.