Defendant’s Candor is Rewarded with Only a 12 year Sentence 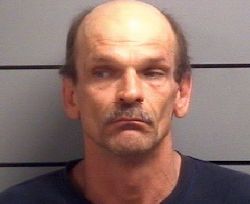 04/18/14 In what Chief Deputy Prosecuting Attorney Nelson Chipman described as one of the most unusual sentencing hearings he had ever participated in, Judge Robert O. Bowen sentenced Thomas Howell, 50, of Plymouth to 12 years of imprisonment at the Indiana Department of Corrections for manufacturing methamphetamine in the Red Rock Inn.  Howell repeatedly refused to allow Bowen to appoint an attorney to represent him through any of the proceedings of the case.  Howell stated in court today, “just do with me what you will,,,,,,,,, sentence me to whatever you want.  I don’t care anymore.”

Howell’s first involvement with the legal system was when he was 9 years old.  Since 1994, the longest Howell has experienced freedom was 19 months before he would be arrested and sent back to prison.  He is currently on parole which will be revoked and his unexecuted sentence will be imposed consecutive to the Marshall County sentence.

The case began on March 6, 2014, when the owner of Quality Setters, Inc on Michigan Road reported to the Marshall County Sheriff’s Department that Howell was caught stripping wires from some buildings.  The owner knew Howell was living at the Red Rock Inn.

Sheriff’s Deputy Matthew Brown investigated the theft, and together with Officer Jordan Rans, sought to locate Howell and knocked on the room number they had been  given.  Movement inside the room could be heard by the officers, and a small gap between the curtain and the wall allowed officers to observe in the reflection of a mirror two males moving things around in the room.  The door then opened and the officers asked for Thomas Howell, who identified himself and held his hands behind his back to be handcuffed.

Officer Rans then observed a can of Coleman fuel and a bottle cap with a hose protruding from it which are known items in the manufacture of methamphetamine.  Howell then stated he had a methamphetamine lab located in a laundry basket under the bathroom sink.  Officers found the meth lab and other items related to manufacturing and placed two other persons in custody.  Those two still await disposition of their cases.

Howell testified he was currently suffering from a fatal illness and did not expect to live much longer. He was eager to return to prison for the free medical services he would be provided and the 5000 calorie a day diet he would be given, including protein milkshakes and two bag lunches at night.

Bowen commented he was impressed with Howell’s candor, truthfulness and ready willingness to accept responsibility for his acts.  Accordingly, Bowen sentenced Howell to the advisory sentence of 10 years for manufacturing methamphetamine and two years on the theft of the wire, and ordered the sentences to run consecutively for a total sentence of 12 years of imprisonment.