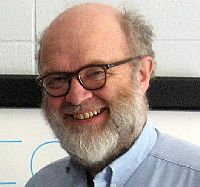 Professional genealogist, Harold Henderson has been invited to address the Marshall County Genealogical Society on Tuesday. April 15.  He will share what he has learned about off-line resources that can be found when a researcher goes in person looking for records

His program is titled Beyond Fort Wayne, Madison, and the Newberry:  Welcome to the Other Midwestern Archives.

Mr. Henderson has completed more than 100 client projects since beginning professional work in September 2009.  He focuses on the 50 counties around Chicago in northeastern Illinois, southwestern Michigan, and northern Indiana — as well as feeder areas to the east and emigration areas to the west. His research has taken him to libraries and archives from Chicago to Fort Wayne.

He particularly enjoys research problems that involve multiple locations and many different kinds of records.  Since most court, probate, and property records remain off-line, he says, “there is no substitute for a researcher who can go to the courthouse and see what original records are there”. And he adds “Indexes and transcriptions are not the same” (as originals).

Successful projects have involved a name-changing Lithuanian immigrant in Gary, Indiana; distinguishing a cluster of Sylvester Browns in Michigan; finding records in Allen County, Indiana, that documented a family breakup in Pennsylvania; identifying the maiden name of an 1840s widow in a twice-burned Illinois county; and finding the only known death record for a woman in Dakota Territory in deeds recorded in upstate New York

Mr. Henderson’s presentation will start at 6:00 p.m. in the conference room at the museum (123 N. Michigan St., Plymouth).  The public is welcome to attend this free program.