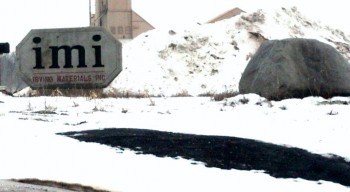 PLYMOUTH – Plymouth Plan Director Ralph Booker has confirmed to WTCA News that IMI has withdrawn their request for a variance of use for their property south of the city. The company planned on putting an asphalt and concrete plant at the location but ran into opposition from the neighbors of the proposed plant site.

Booker said that he received an email from IMI’s lawyer on Thursday evening asking for the request to be “…withdrawn for a number of factors.”

The Plymouth Plan Commission and Board of Zoning Appeals will still meet at the Commissioners Meeting Room – 203 – in the Marshall County Building on Tuesday as earlier announced.