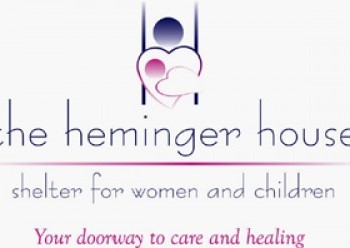 Plymouth, IN  – Governor Mike Pence has designated April 2014 as Sexual Assault Awareness Month (SAAM) and Child Abuse Prevention Month in Indiana.  Heminger House joins rape crisis centers and child advocacy centers across the state in commemorating Sexual Assault Awareness Month and Child Abuse Awareness Month to promote awareness and encourage support of these issues. This year’s theme, “Healthy Sexuality and Young People: It’s time to Talk About It!,” is motivating Heminger House to contact you regarding this sensitive issue this April.

According to a CDC report released in 2010 Indiana ranks second in the nation for high school females in grades 9-12 indicating that they have been victims of sexual assault.   In Indiana, one in four girls and one in six boys will be sexually assaulted before age eighteen.   If this type of violence were classified as a disease, it would be at epidemic levels.

Heminger House is committed to empowering victims of domestic violence and sexual assault.  It is our long-term mission to break the cycle of violence and poverty by providing a caring, healing, and educational service for victims of abuse, including safe, emergency housing and related programs.  Additional information about Heminger House can be found at www.hemingerhouse.com.  To make a donation, volunteer or schedule a tour of our facility, please call 574-936-7233.

The Indiana Coalition Against Sexual Assault (INCASA) is the statewide organization committed to ending sexual violence in Indiana. A non-profit educational and advocacy organization based in Indianapolis, INCASA member agencies comprise a statewide network of more than 60 rape crisis centers and child advocacy centers that serve rural as well as metropolitan areas. Founded in 1986, the agency has a strong record of success in community education, legal services, youth outreach, law enforcement training, legislative advocacy, and curricula and materials development. Additional information about INCASA can be found at www.incasa.org.

“To the world we may be just ONE, but to ONE we may just be the world”.

Heminger House invites you to visit their Website, Call the shelter at 574-936-SAFE (7233) orVisit our Facebook Page