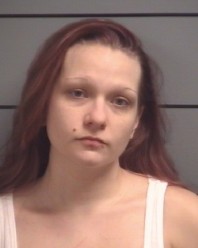 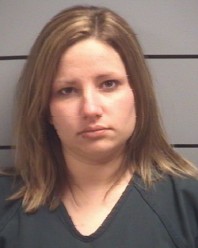 Marshall County – Working on a tip last Friday officers from the Indiana State Police, Culver Police Department, and Marshall County Sheriff’s Department, proceeded to 624 Forest Place apartment 3A in Culver in an attempt to locate a stolen car and a female subject that was wanted on a warrant.

Officers arrived at the apartment complex and located the stolen vehicle, a white 2002 Chevrolet Malibu, in the parking lot. Troopers made contact with a female subject living in apartment 3A, Courtney M. Owens, 25. Owens gave police permission to search the residence for Kayla J. Belue, 24, who was wanted on a warrant. Belue was found hiding under a bed.

The apartment is located within a federal housing complex which elevates the seriousness of the drug charges.

Both Belue and Owens were arrested and transported to the Marshall County Jail. They both face multiple felony charges to include possession of methamphetamine within 1000 feet of a federal housing complex, possession of a narcotic, and possession of stolen property.