Clarification on Meth located at the BP in Argos. 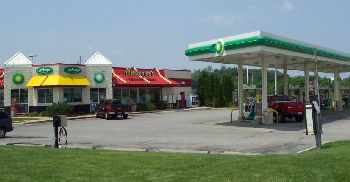 When contacted by media I reviewed the officer’s report which stated the packet of Meth was located on the floor by the gum.

A different officer met with BP management and reviewed the video, that officer’s supplemental report had not been submitted when I responded to the ” meth found taped to a candy bar ” comment.

The meth was not taped to a candy bar or gum. From the video is appears it was wedged between two packs of gum.

This is quite alarming and not taken lightly. I apologize for the confusion created by more than one officer working on the case.

I applaud the creator and participants of this page for working with the police to assist in getting this awful drug off our streets and out of our community.

And this is his correspondence with WTCA today:

Being found on the gum shelf was not conveyed to the officer that took the report, it was his understanding that it was found on the floor near the big league gum and that’s exactly what is in his report.

The video was not reviewed until the next day. The officer that took the report did not see the video. A dayshift officer reviewed the footage and did a supplemental report.

When I was contacted about it being “taped” to a “candy bar” I reviewed the first officer’s report and gave you the information.

The second officer’s supplemental report had not been submitted.

I apologize for the confusion created by more than one officer being involved in a case.