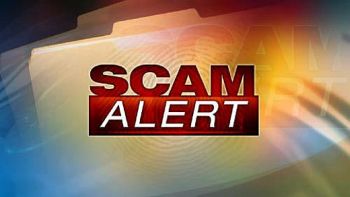 03/05/14 BOURBON – Some local residents have found themselves in the middle of an international internet scam.

Bourbon Police Chief Bill Martin came across a pair of residents who had unwittingly been involved with a scheme to move stolen goods.

“They met these people on line who struck up a relationship with them over a period of time,” said Martin. “After awhile they (the person online) told them that they would like to come visit them but needed to raise some money to do that.”

Martin said the person on the other end of the relationship would convince the resident that they could sell goods to raise the money they needed for the visit but the company they could buy the goods from would not ship those goods to Russia. All the local resident had to do was take pre-paid and pre-printed labels that they would provide, put them on the boxes shipped to their address in the United States and then ship them on to Russia.

“They were using stolen credit cards to purchase the goods and have them sent to the person (in the United States),” said Martin. “They (the United States resident) were literally just putting the labels on and taking them to the post office. They cannot be held liable for receiving stolen goods if they don’t do it knowingly or intentionally but it is kind of a gray area. The one person said the person in Russia became aggressive when they questioned them about it and said they would file charges against them if they didn’t get the merchandise.”

Martin says that one person who has come forward had over $6000 of unsent merchandise and told him that he had already sent around 20 other boxes of goods on to Russia. Martin is in the process of contacting the FBI with the information to see if the scam is more widespread than just the two incidents he knows of in Bourbon.

“Bottom line is be careful who you do favors for, especially if you meet them online and don’t know them personally.”