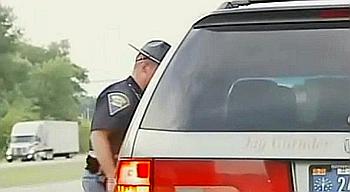 02/27/14 Just as basketball is stirring up a great deal of activity this March, more than 250 Indiana law enforcement agencies are planning to launch action of their own as part of Operation Pull Over. Beginning Friday, February 28 and running through Sunday, March 23, the Indiana State Police will be among those agencies and will initiate a major enforcement effort to crack down on impaired and dangerous driving. The enforcement effort will include saturation patrols and sobriety checkpoints throughout the entire state.

“We will have a strong and visible police presence aimed at deterring dangerous driving and getting impaired drivers off Hoosier highways,” said Doug Carter, ISP Superintendent. “If you plan to drink alcohol – don’t drive. Designate a sober driver.”

During the same February 28 through March 23 time period in 2013, there were a total of 388 crashes on Hoosier roadways where alcohol and/or illegal drugs were considered a contributing circumstance in the crash. Of those, 114 involved injury with 158 persons injured and four crashes involved fatalities killing four.

Superintendent Carter recommends these easy steps for a safe March and St. Patrick’s Day:
• Plan a safe way home before the festivities begin.
• Before drinking, designate a sober driver and leave your car keys at home.
• If you’re impaired, use a taxi, call a sober friend or family member, or use public transportation.
• If available, use your community’s sober ride program.
• If you see a drunk driver on the road, contact local police.
• If you know someone who is about to drive while impaired, take the keys and help them make safe travel arrangements.