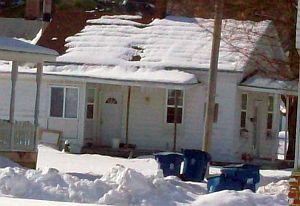 02/13/14 Wednesday morning officers with the Indiana State Police were assisting the Marshall County Probation Department with home visits.   Arrived at 115 West Williams Street in Argos to check on probationer Jeremy Hill, they knew he had an active warrant for his arrest.  Jeremy Hill was located at the residence and taken into custody. During the investigation there were several meth labs located in the home along with numerous meth lab items in and around the residence. 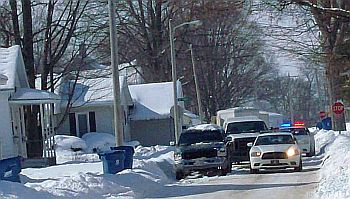 Jeremy Hill was transported to the Marshall County Jail and booked in for manufacturing methamphetamines with 1000 feet of a park/school which is a class A felony, possession of meth, possession of precursors, probation violation, active warrant, and possession of paraphernalia.  There were several needles located along with the other items in the bust. Further suspects have been identified during the investigation and further arrests are forth coming.

The Indiana State Police Clandestine Team was called to the scene to remove the meth labs.