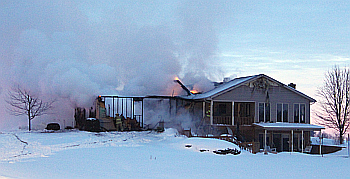 At 5:57 the Marshall County Dispatch Center received a call of a fully engulfed structure fire.  When emergency responders arrived on the scene flames were shooting from the roof and could be seen from US 31. 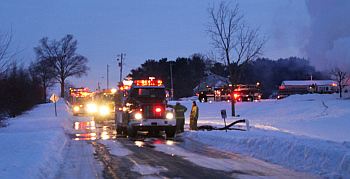 The owners, Lloyd and Phyllis Howard were next door when the fire broke out. 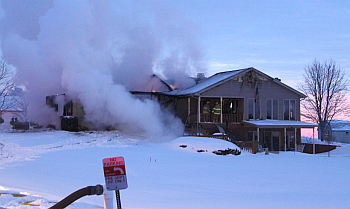 Argos Fire Chief, Mark Dean said the fire started in the garage and the cause has been determined to be electrical.  The attached garage was totally destroyed in the blaze and the home suffered substantial structure damage causing the fire department to list the home a complete loss.

Firefighters from Argos, Plymouth, Culver and Rochester were on the scene for several hours shuttling water to putting the fire out and then mopping up. 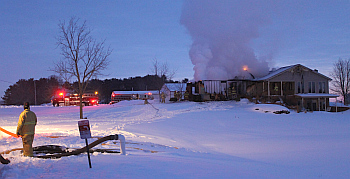 Chief Dean reported no injuries to firefighters or residents although their family dog was killed in the fire.