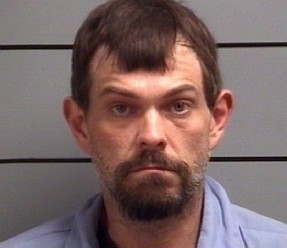 02/10/14 Jason Kennedy, 37, of Plymouth was sentenced on Thursday, February 6 in Marshall Superior Court No. 1 to 10 years imprisonment for possession of methamphetamine within 1000 feet of an elementary school, a Class B felony.

Judge Robert O. Bowen approved an agreement reached between Chief Deputy Prosecuting Attorney Nelson Chipman and defense attorney Holli Shorter Pifer, which provided for a sentence at the Indiana Department of Corrections of 10 years of imprisonment.  No part of the sentence was suspended.

Office John Weir tracked Sullivan down and found him living in the 700 block of Oakhill Avenue.  Weir and State Police Trooper Jason Faulstich began observing the house and noted a large number of people coming and going.  Background checks for the visitors to the house proved several had prior arrests and meth related convictions, and were actively purchasing pseudoephedrine based products, which are a necessary ingredient for the manufacture of methamphetamine.  NPlex, the national database log, showed Sullivan alone had purchased pseudoephedrine based products 38 times over a 15 month period at three different pharmacies in two counties.  The national log showed Kennedy had purchased pseudoephedrine based products 19 times in a 14 month period at four different pharmacies in three counties.

Other investigative techniques were employed that resulted in the drafting of a search warrant affidavit that was approved by Judge Dean A. Colvin on May 17, 2013.  A concerted search of the residence occurred on May 21, 2013 that resulted in the arrest of seven adults.  Four young children were taken into custody by the Department of Child Protective Services.  Found throughout the home were numerous items related to the manufacture of methamphetamine.

In open court, Kennedy admitted to the allegations made in the numerous charges against him and pled guilty to possession of methamphetamine within one thousand feet of an elementary school, which is a Class B felony.  All remaining counts were dismissed as a result of the plea agreement.  Kennedy has been in the Marshall County Jail awaiting resolution of his case since his arrest in May, 2013.  Judge Bowen ordered Kennedy to the Department of Corrections to begin service of his sentence.

Chipman noted this was the last defendant out of seven associated with the Oakhill address to have their cases resolved.   “I drive through that neighborhood frequently, and it is good to see that it is healing from the negative influence meth manufacturing can have on the immediate area.  The efforts of local law enforcement, and whoever transmitted the anonymous tip to the ISP Facebook page, are duly recognized.”