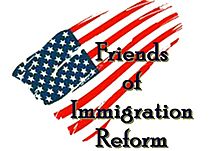 09/30/13 Immigrant rights organizations nationwide will continue escalating pressure on members of Congress to pass a comprehensive immigration reform bill by holding more than 100 events nationwide on Oct. 5 as part of the “Day of Dignity and Respect” for all immigrant families.

In Plymouth, Friends of Immigration Reform will be part of the Oct. 5events by holding a Rally “Cover the Lawn – Day of Dignity and Respect” at the Marshall County Court House Lawn.

“The Day of Dignity and Respect will show House Representatives why they must act quickly on passing an immigration reform bill that contains a path to citizenship and keeps families together,” said Michelle Livinghouse, co-coordinator of the event.  “We will continue to put pressure on members of Congress until immigration reform is won.”

“October 5th will mark the National Day of Dignity and Respect which will consist of coast-to-coast demonstrations aimed to further escalate the immigration reform movement. On this day, immigrant families and activists will unite at the local level to challenge the House of Representative’s failure to address immigration. The events on October 5th will include rallies, marches, caravans, and other forms of protest.  Participants will join together in one voice that says: the time is now to pass fair immigration reform that will keep families intact and provide immigrants a path to citizenship”.  Rebecca Griffy stated

Here are details of the event: – A peaceful rally to bring attention to Day of Dignity & Respect for the 11 million undocumented immigrants living in the US.