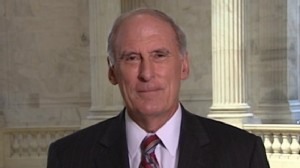 09/16/13 Senator Dan Coats (R-Ind.) last week urged passage of his legislation to delay the individual and employer mandates included in Obamacare until 2015.Thursday Senate Minority Leader Mitch McConnell (R-Ky.) offered Coats’ legislation as an amendment to the Energy Efficiency Bill, currently under consideration in the Senate.

“I am pleased to have the support of Leader McConnell and will work with him to attach this language as an amendment to any legislation coming before the Senate,” added Coats. “This bill passed the House of Representatives with the support of both Republicans and several Democrats. If Democrats, Republicans and a majority of Americans agree this law is not working, then let’s do something now before Obamacare’s full impact on our economy takes effect.”

The Obama administration announced this summer that it will delay penalties for employers who do not provide health insurance coverage to workers, but penalties on individuals not purchasing insurance would still apply.

“Hoosier families and individuals deserve the same relief from Obamacare that the administration has given businesses,” said Coats. “I believe the best way to prevent this approaching train wreck from hitting Americans is to delay the Obamacare mandates so we can work to replace the health care law with a plan that actually reduces costs and puts patients in the driver seat of their health care decisions. I urge the Senate to allow a vote on this legislation so we can remove the burden of Obamacare from the backs of all Americans.”

Click here or on the image below to watch Coats discuss his legislation on the Senate floor.