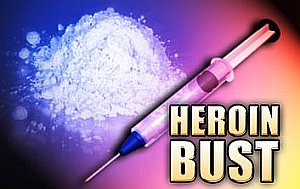 09/12/13  On Tuesday, September 10th at approximately 4:20 p.m. a Marshall County Sheriff’s Deputy initiated a traffic stop on a vehicle on US 30 west of Oak Drive.  The traffic stop was for speeding.  During the investigation it was discovered that the license plate on the vehicle was false and fictitious. 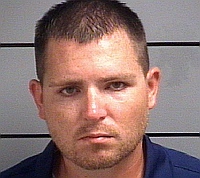 The driver of the vehicle identified himself as 33 year old Justin M. Horan of Ft. Wayne.  He told the officer he was on his way home from court in Chicago.   Deputies discovered that Horan was in possession of 5 grams of a white substance believed to be heroin along with syringes.  He was taken into custody and transported to the Marshall County Jail where he was held on Possession of a Controlled Substance greater that 3 grams as a class C felony and Reckless Possession of Paraphernalia.  Horan was booked into the County Jail and held without bond.