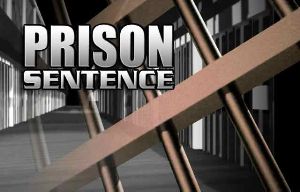 09/09/13 Kenneth Lee Schoff, 35, of Rose Road in Plymouth, was sentenced today by Judge Robert O. Bowen to a fifty year term of imprisonment for selling methamphetamine and being an habitual offender.   The sentence was broken down to twenty years on the conspiracy to deliver methamphetamine count as a Class B felony, and thirty years for being an habitual offender.  The sentences by law are served consecutively yielding a total sentence of fifty years at the Indiana Department of Corrections.

Schoff plead guilty to the conspiracy charge and the habitual offender count on July 18, 2013.  Chief Deputy Prosecutor Nelson Chipman and defense attorney Edward Ruiz submitted an agreement that provided for Schoff to admit guilt on the conspiracy and admit that he was an habitual offender.  No agreement for a sentence recommendation was entered, and the parties left the sentence up to Judge Bowen. 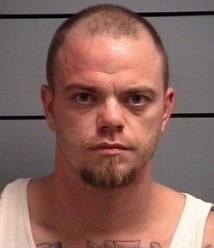 Chipman argued strenuously for the maximum time allowed in prison, emphasizing Schoff’s prior nine felony convictions, and over 12 motions to revoke probation.  In addition, Chipman emphasized the basis of the habitual offender count which consisted of Schoff’s conviction in July of 2000 for the crimes of possession of a controlled substance as a C felony and intimidation as a D felony and a separate conviction in 2003 for conspiracy to commit dealing in methamphetamine within 1000 feet of a public park.  Schoff was sentenced in that case to 9 years of imprisonment.  All told, Schoff has received over 16 years of sentences of imprisonment in the last 20 years of his life.   Ruiz argued for the minimum sentence under the circumstances of 16 years.

It was alleged in the probable cause affidavit that a confidential informant advised then Undercover Narcotics Drug Investigator Ryan Hollopeter that he/she could purchase a gram of methamphetamine for $100 from Kenneth Schoff on November 20, 2012.  A controlled buy was then arranged at a gas station in LaPaz.

The informant was given marked money and a digital recording device.  In addition, Officer Hollopeter was able to sit in his vehicle parked at the gas station and film the entire transaction.  Travis Davis, who was previously sentenced to 15 years of imprisonment in the case, drove Schoff and Mystesia Yeager to the gas station to make the deal.  Officer Hollopeter had prior knowledge that Davis had never received a drivers’ license, and that any privileges he might have had to drive had been suspended.  As a result, Hollopeter radioed to Marshall County officers Brandon Cooper and Jonathon Bryant for assistance to stop Davis’ vehicle.

Arrested that night along with Schoff was Mystesia Yeager and Davis.  Yeager, who was previously sentenced to 10 years of imprisonment (four suspended), had two hypodermic needles in her purse, a metal spoon and a third needle with a small amount of liquid.  Upon booking into the Marshall County Jail, two separate bags containing methamphetamine and a coffee filter with residue were located on Yeager’s person.  She admitted the substance was methamphetamine and that she participated with Davis and Schoff in its manufacture.  It later weighed 3.5 grams.

Multiple hypodermic needles were found in Davis’ vehicle as well as additional spoons with residue.  Upon questioning, and after being given his Miranda constitutional rights, Davis admitted the needles were his and that they would test positive for methamphetamine.  In checking the national registry log for pseudoephedrine purchasing activity, Hollopeter found that Davis had 71 purchase attempts.  Yeager and Davis gave recorded statements in which they admitted to cooking the methamphetamine in St. Joseph County and traveling from South Bend to Mishawaka to deliver and share meth with several individuals and then traveling to LaPaz to make a sale to the informant.  On the witness stand Schoff admitted to sharing meth with six or seven individuals in St. Joseph county before driving to LaPaz.

The Prosecutor’s Office wishes to emphasize that the manufacture and distribution of methamphetamine is a dead end.  “Mr. Schoff’s fifty year sentence is proof once again that a meth high is just not worth it!”