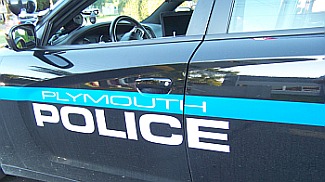 09/04/13  On Monday, September 2nd at approximately 4:17 p.m. Plymouth Police Officer Jeremy Enyart located and identified 30 year old Brian A. Harding of Plymouth at the Blueberry Festival in Centennial Park.  Harding had an active warrant for his arrest.  When officer’s detained Mr. Harding he was found to be in possession of marijuana and a schedule 2 substance as well as having the active warrant through Marshall County for battery.  He was transported to the Marshall County Jail and held on a $255 bond for Battery and a $3,005 bond for Possession of Marijuana.

On Tuesday, September 3rd at approximately 12:15 a.m. Officer Enyart conducted a routine traffic stop at Lincoln Highway west and Pioneer Drive on 36 year old Claudia I. McGrath of South Bend after observing signs of impairment.  During the course of the investigation it was found that McGrath had been operating the vehicle while intoxicated.  While Officer Enyart tried to detain her she became violent and resisted.  Once detained she was transported to the Marshall County Jail and held for Resisting Law Enforcement and Operating While Intoxicated with a prior charge within the last 5 years and booked in on a $3,005 bond.