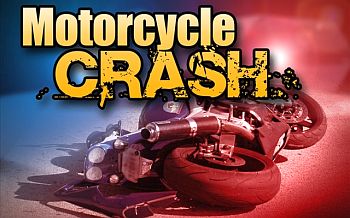 09/04/13  On Sunday, September 1st at approximately  7:15 p.m. the Marshall County Dispatch Center received a call from Starke County advising of a speeding motorcycle east bound from 1100 East.  A Starke County Officer was able to clock the motorcycle traveling at 101 mph.

Marshall County Sheriff’s Deputies Joe Giordano and Jonathan Bryant located the motorcycle at US 30 and Redwood Road and followed it eastbound in an attempt to observe erratic driving.  The officers observed the motorcycle continue its reckless driving and acceleration at an extremely high speed began again.

Officer Giordano attempted to make a traffic stop on the motorcycle in the area of US 30 and Pioneer Drive when the motorcycle fled initiating a high speed pursuit.  The pursuit continued for several miles reaching speeds over 100 mph.

As the motorcycle fled down country roads it left the roadway at Juniper Road south of 14th Road striking a utility pole and ejecting 21 year old Joshua T. Heineman from Knox.  Heineman was airlifted by Med Flight to Memorial in South Bend for serious injuries sustained from the accident.