Renbarger Arrested for DWS with Prior 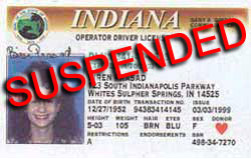 08/23/13 On Tuesday, August 20th at 4:57 p.m. Plymouth Police Officer Matt Emenhiser conducted a traffic in the Wal-Mart parking lot.   21 year old Ann Renbarger of Plymouth was observed traveling 51 mph in a posted 35 mph zone on Hoham Drive.  During the stop it was discovered that Ann Renbarger was Driving while Suspended with a prior conviction of Driving While Suspended. She was taken into custody and transported to the Marshall County Jail and booked on a $755 bond.