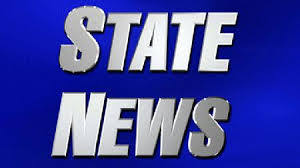 08/23/13 Thursday the Indiana Department of Labor (IDOL) released its annual preliminary Census of Fatal Occupational Injuries (CFOI) report for 2012. The IDOL reported 113 worker deaths in 2012, the lowest experienced since the CFOI report was introduced in 1992.

The most significant improvement was in manufacturing, which saw a 28 percent decrease in fatalities in 2012. Decreases in fatalities were seen in eight of ten major Hoosier industries.

“While we celebrate this achievement, we are reminded that Hoosier workers deserve a safe and healthy workplace, and the Indiana Department of Labor continues to push to achieve that goal.” said Indiana Department of Labor Commissioner Sean M. Keefer. “The record low number of workplace deaths means everyone, employers and employees alike are doing a better job of protecting the Hoosier workforce. But we still have work to do to achieve a fully safe workplace environment statewide.

Some findings of the 2012 CFOI report include:

This review of workplace deaths demonstrates the number one cause of worker fatality in Indiana in 2012 was vehicle crashes. Early in 2013, the IDOL began executing strategies to help companies reduce transportation-related worker deaths.