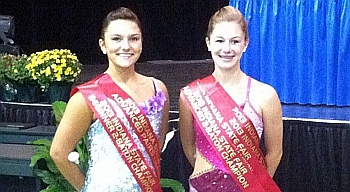 As a pair, the girls won Intermediate and Advanced Dance Twirl pairs as well as Champion Advanced Solo Pairs.
Individually, Alicia won Advanced Champion in Strut, Two Baton and Dance Twirl.  Winning her age division in each and then all three twirl offs as well.  Jillian won Champion in Beginner Two Baton winning her age group and then the twirl off.  Jillian also placed well in the Advanced events.
This ends the competition season for the girls who will start up again in January with another year of competitions. 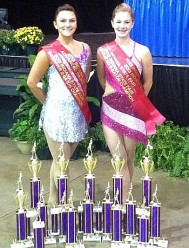 The girls can be seen twirling during the Blueberry Festival Parade and the Daphne’s Doll’s recital on Friday night of the festival.  Also, the girls will be performing at the PHS Varsity Football game on September 13th.