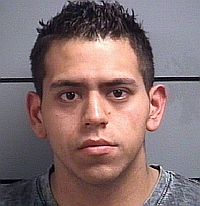 08/08/13  On Tuesday, August 6th at 9:37 AM the Bremen Police Department received a report from Ricardo Cuevas of Waukegan, Illinois who advised of an employee at Bremen Casting using his identity.

Bremen Police Officer Schnaible conducted a brief investigation that led him to Bremen Casting where he located and arrested 21 year old Roberto J. Hernandez-Torres of Bremen who admitted to using Mr. Cuevas identification and social security number to gain employment at Bremen Casting.  Mr. Hernandez-Torres was transported to the Marshall County Jail and held on a charge of Forgery as a Class C Felony and Identity Theft.  He was held with no bond.