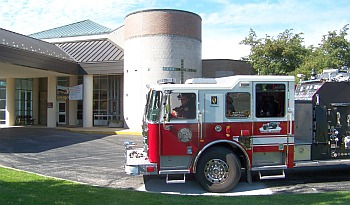 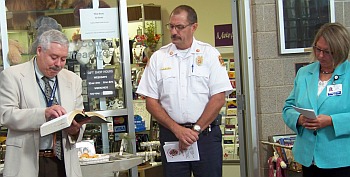 Loretta Schmidt, President and CNO of the hospital welcomed those gathered in the front lobby and said, “This memorial service is important to us, as today is the 30th day of losing 19 firefighters in Arizona and tomorrow marks the 31st anniversary of the five Plymouth firefighters being killed in the line of duty.”  Schmidt then introduced Anna Roe who sang the National Anthem and had to group join in the Pledge of Allegiance. 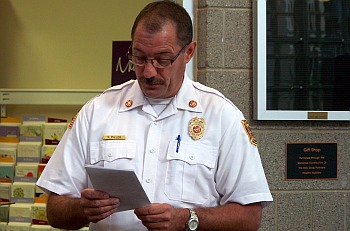 Plymouth Fire Chief Rod Miller was “greatly honored” to read the names of the 19 firefighters, members of the Granite Mountain Hotshots, part of the Prescott Fire Department that lost their lives Sunday, June 30th, while battling the 2,000-acre Yarnell Hill fire that ignited a couple of days earlier south of Prescott. 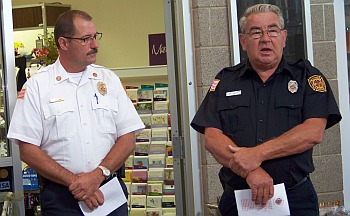 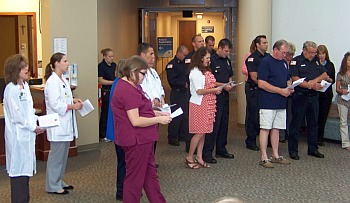 Amazing Grace was sung by the crowd and then everyone moved out front for the traditional Bell Ringing Ceremony, one ring for each firefight who has passed. 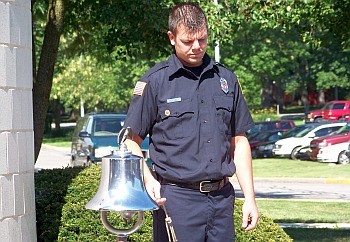