Speed and Alcohol Believed to be Factor in Culver Crash 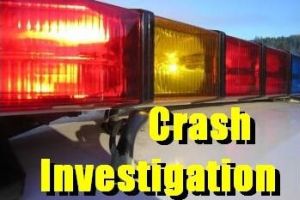 07/26/13 Marshall County Police are investigating a single vehicle crash that occurred at 1 a.m. Thursday morning at 2805 East Short Drive in Culver.  Officer Travis O’Neal responded to the scene and determined that 46 year old Peter Watson of Carmel was traveling southbound in a 2006 Volkswagen Jetta when he failed to negotiate a curve and traveled off the south side of the roadway and struck a tree before coming to rest between the tree and a concrete wall.

The Culver Fire Department had to extricate Watson from the vehicle and he was then flown to Memorial Hospital by MedFlight.

Culver EMS assisted at the scene and speed and alcohol are believed to be a factor in the crash.  This accident remains under investigation.