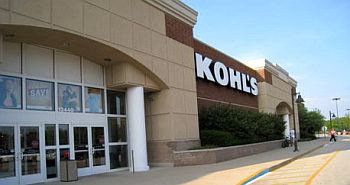 07/24/13 The Kohl’s Department Stores’ (NYSE: KSS) Kohl’s Cares® Scholarship Program recently honored nearly 200 deserving volunteers with $1,000 scholarships toward higher education. Two children from the area were chosen from more than 35,000 nominees nationwide for making a positive impact in their local communities. Through the Kohl’s Cares Scholarship Program, Kohl’s is encouraging promising youth to further their education at a time when college costs continue to rise and parents are relying heavily on federal and private student loans to fund higher education. 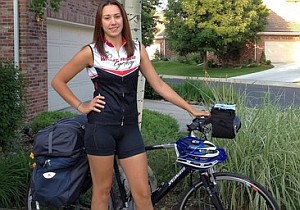 18 year old Kennedy Donnelly a student at Culver Academies was one of the lucky students.  In 2012, Kennedy biked across the United States, completing 3,880 miles in 53 days, and raised more than $25,000, enough to fund the building of one school for Pencils of Promise, a non-profit dedicated to building schools in the developing world.

The second local winner was10 year old Misleny Guzman Moreno from Goshen.  She enlisted the help of the students and teachers at her school to collect enough supplies for 22 relief kits for the people of Haiti.

Winners are chosen based on initiative, leadership, generosity and project benefits and outcome. Each regional-level winner qualifies for one of Kohl’s 10 national scholarships, which will be announced at the end of July. National winners will each receive a total of $10,000 in scholarships and Kohl’s will donate $1,000 to a nonprofit organization on each national winner’s behalf. In total, Kohl’s will recognize more than 2,300 young volunteers with more than $400,000 in scholarships and prizes.

In 2013, Kohl’s celebrates its 13th year of rewarding young volunteers. Since the Kohl’s Cares Scholarship Program began in 2001, Kohl’s has recognized more than 19,000 kids, including the 2013 winners, with more than $3.9 million in scholarships and prizes.