07/18/13 The Plymouth Fire Department responded to a 9-1-1 call of smoke coming from the wall plugs in a home in the 900 block of North Walnut Street Tuesday afternoon. 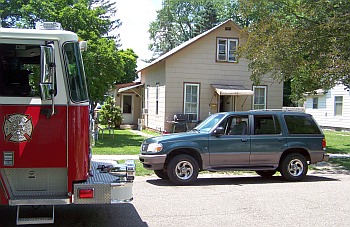 Plymouth Fire Chief Rod Miller said it was an issue with the electrical wiring in the home.  Apparently the wiring in the wall shorted out and started to smolder. Eventually that reached the second floor wall in the bedroom. 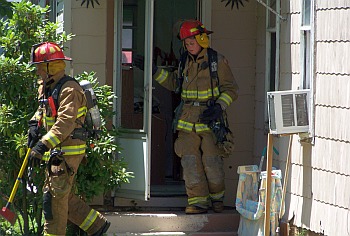 Firefighters were able to remove some of the wall material and suppress the fire before it got out of control. 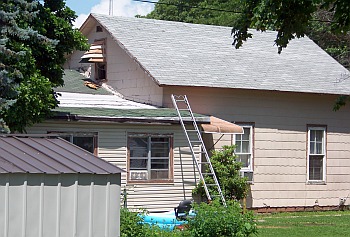 No injuries were reported although the firemen were hot and tired after putting in several hours at the house fire on Redwood Road earlier in the day. 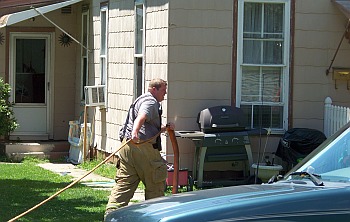 According to the Marshall County GIS, the deeded owner of the property is Maria Peinado and Mapaz Flores. 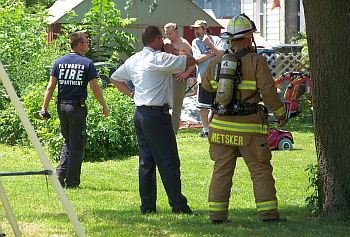