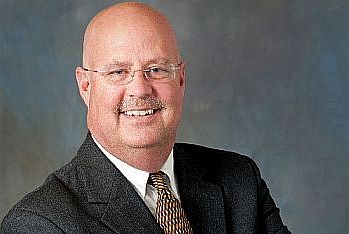 07/16/13 As a public service to the residents of Plymouth, Mayor Mark Senter is bringing forth laws on the city books that folks should know about.  Today he is discussing grass and weeds.

Senter said, “As mayor, I often get calls at the office about unmowed yards throughout the City.  They are often first noticed in late May or early June in yards that, for one reason or another, were abandoned by the homeowners over the winter.  Usually, by the time I get a call or notice it myself, Code Enforcement administrator Keith Hammonds has already sent a letter to the property owner.”

Last year the City began a program called “Operation Bright Spot.”   Senter said, “I called out property owners that have not kept up their properties, but most of those were large apartment complexes, hotels or businesses.  Unfortunately, most of these owners have to be pushed and prodded to do what they are supposed to do.  The owners don’t live here and they don’t witness the everyday dilapidation and degradation of their properties.  They do not realize the impact on Plymouth’s property values.  And apparently they do not care!”

Below are the City’s current ordinances involving grass and weeds:

It shall be the duty of the owner of any lot, part of a lot or parcel of ground, situated in the city, to cut, dig or remove from their real estate and the lawns abutting thereon, any wild lettuce, burdock, cocklebur, sandbur, or any other variety or species of bur, Russian thistle or Canadian thistle or any other variety or species of thistle or prickle plants, rank and noxious weeds or other rank and noxious vegetation that may be growing thereon during the periods from May 1 to September 30.

If a property owner fails to adhere to the city code, Code enforcement will send a letter to the property owner advising them they have ten (10) days to mow their property or The City Street Department will mow it for them at a cost:

Any owner of a lot, part of a lot, or parcel of ground who shall fail, neglect or refuse to cut or remove weeds and grasses designated in § 98.01 either prior to May 15 and August 15 of any year shall be subject to having such weeds removed by the Street Commissioner after advance notice to the owner and an opportunity for the owner to cut or remove the weeds and grasses within a specified period of time at a cost of not less than $35 per man hour and a minimum of $70 per lot.  Such charge for cutting the weeds shall be a lien against the property of the owner and shall be placed on the tax records of the county.  It shall be collected by the County Treasurer as other taxes are collected.  After making the assessment, the Clerk-Treasurer shall send out a statement to the property owner of the amount due the city by reason of the mowing of his weeds and if the property owner does not pay such assessment within 15 days from the date of mailing such notice, then the certification shall be made to the treasurer of the county for collection as provided in this chapter.

At the end of each weed season and not later than September 15,

the Street Commissioner shall prepare and file with the Clerk-

Treasurer the names of all persons from whose lots weeds were

cut by the city, giving the legal description of the lot and the

names of the owners as they appear on the tax duplicate.  The

cost or penalty against such property shall be certified to the

auditor and treasurer of the county and placed on the tax

collected and shall remain a lien against the property of such

owners until the penalty is paid.  After the payment of the

second installment of taxes has been made and after the

treasurer of the county has completed his audit and accounting

Treasurer all such taxes so received and paid, which penalties

shall be credited to the assessment against such owners as they

appear on the records in the Clerk-Treasurer’s office.  In

addition to such penalty the Clerk-Treasurer shall add an

assessment of $1 for the preparation and collection of such tax,

his services as such collection agent.  The balance of such fund,

if any, shall go into the General Fund of the city to be used as the

Common Council shall direct and appropriate.

If anyone is interested in all of The City ordinances they can go online and find them at: http://www.amlegal.com/nxt/gateway.dll/Indiana/plymouth/cityofplymouthindianacodeofordinances?f=templates$fn=default.htm$3.0$vid=amlegal:plymouth_in