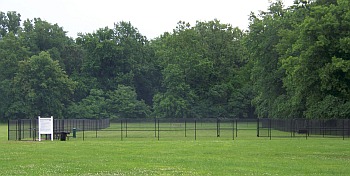 06/28/13 The Plymouth Park Department and the Plymouth Bow Wow Club members would like to invite the public to a grand opening ceremony at the new Centennial Dog Park. 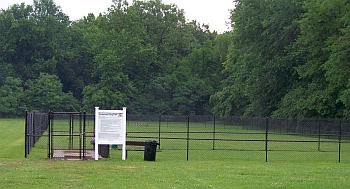 The Dog Park is located behind the tennis courts and the Freyman Shelter in Centennial Park. 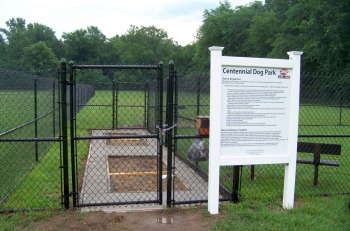 The Dog Park was developed after some citizens approached the Park Department about putting in a park just for our 4-legged friends. From that initial meeting, a committee was formed and named the “Bow Wow Club”. With their hard work and fundraising we can now use the Park and it is officially open to the public. 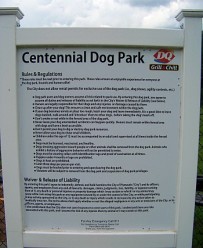