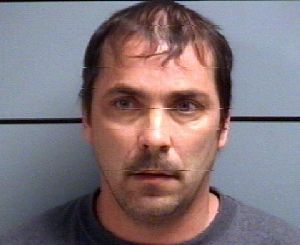 05/14/13  On Saturday, May 11th at approximately 4:15 A.M. Marshall County Sheriff’s Deputy Nicholas Laffoon while on routine patrol initiated a traffic stop on a vehicle on US 30 east of State Road 17 for an equipment violation.  During the investigation of the traffic stop it was discovered that the driver, 41 year old Mark W. Elder of Knox was driving a vehicle after being judged a lifetime habitual traffic violator.  Mr. Elder was taken into custody and transported to the Marshall County Jail and held on a $10,005 bond.