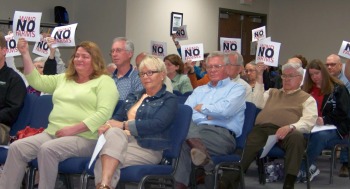 05/07/13 It was a full-house for Monday’s County Commissioner’s meeting.  The crowd was on hand to hear the commissioner’s decision on the original amendments presented to them by the Plan Commission concerning the Wind Energy Conversion System Ordinance. 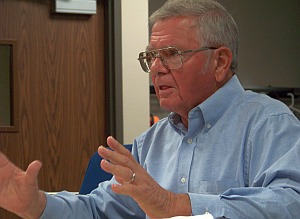 Prior to Monday’s discussion Dennis Thorton from the Bremen area was on the agenda and spoke.  He’s a prior president of the plan commission and chaired the first wind energy conversion system committee.  He presented documentation comparing of population density where there is a major difference.  He also presented information on issues in Tipton County and problems that have developed with their wind farm.  Thorton showed pictures and a video of wind turbines on fire and spinning out of control and breaking up with a debris field over a half mile. 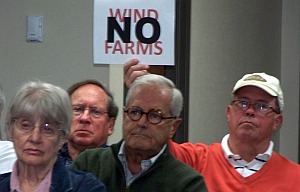 With little discussion the County Commissioners unanimously approved on all three reading  the amendments requiring a half-mile set back from churches, schools, public parks, and rivers.

Although the amendments were approved the Commissioner will conduct a public hearing at their next meeting on May 20th for a proposed ordinance that would ban commercial wind farms in Marshall County.