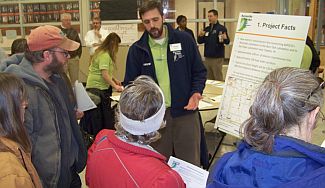 The open house was a come and go forum with several stations for participants to visit including an explanation of why the project is crossing through Burr Oak.  Apparently NIPSCO has had some underlying issues with the line that exists between Burr Oak and Topeka.  The representatives explained that there just isn’t enough capacity to use the existing lines.  It was explained that this new line would not follow near other NIPSCO transmission lines because of the possibility of a storm taking down all of the lines in an area.  They plan to keep a wide separation from current lines.

A map of the study area showed Marshall County in its entirety in the area.  Participants learned the schedule of the project and had the opportunity to review the aerial maps of the project area.  There were assurances that NIPSCO would be looking at all environmental issues including: proximity to homes and businesses, roads and public facilities, irrigation systems, conservation areas, airports and private air strips, cemeteries, and state and federal lands 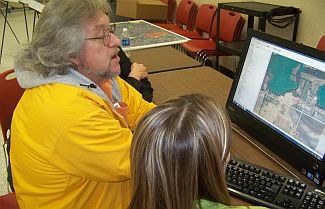 NIPSCO had three computers set up with associates who pinpointed specific issues folks had with their land including family burial plots, wetlands, current and potential irrigation systems, communication towers and even daycare centers. 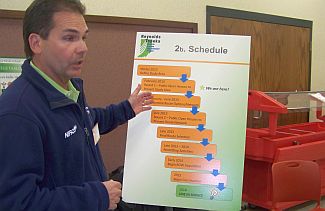 When asked about the attendance at the prior two meetings Nick Meyer, communications director said they had approximately 50 people at each of the Topeka and Nappanee open houses.  The main concerns he had heard from people were basically from the farming community and worries about the effects on their irrigation systems.  When asked if this project could use eminent domain or commendation for right-of-way easements it was confirmed that they could mainly because this project is part of a much bigger project.

It is anticipated that another open house will be held in July and at that time three routes will presented for comments.  WTCA will keep you posted on the progress of this NIPSCO project.