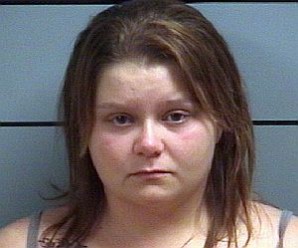 02/01/13 An investigation conducted by the Indiana State Police landed a Lakeville woman behind bars. Tuesday state police were notified that a resident of Miller’s Merry Manor in Plymouth was the victim of a theft. Police were informed that a resident had discovered one of their credit cards was missing.

Trooper Jason Faulstich made short work of the case when he tracked down several purchases that were made in Plymouth, LaPaz, and the surrounding area on the missing credit card. The investigation led him back to a nurse that worked at Miller’s Merry Manor. The suspect, Alisha C. Capps, 26, of Lakeville, was questioned by police and subsequently arrested on several charges.

Capps, an LPN (licensed practical nurse), allegedly took the credit card from the victim and purchased several items. During the course of the investigation police also discovered that Capps was in possession of prescription medication that belonged to yet another resident of Miller’s Merry Manor.

Capps was arrested and booked into the Marshall County Jail. She faces several preliminary felony charges which include forgery, theft, possession of a legend drug, and interfering with the delivery of a prescription drug by a health care provider.