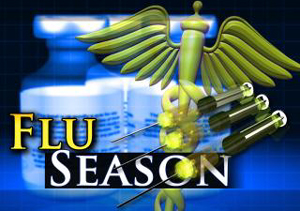 The Indiana State Department of Health wants citizens to be award that the state is now reporting high and widespread influenza-like illness.  They encourage citizens to remember that it’s not too late to get vaccinated.  Vaccination is the single most important step you can take to protect yourself and others against infection.