Coats Statement on the Fiscal Cliff 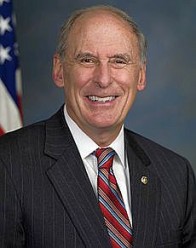 “Careening from crisis to crisis, addressing the fiscal cliff in the 11th hour is no way to govern. Once again, Washington missed an opportunity to present a real, long-term deficit reduction plan that would address our fiscal crisis.

“This stop gap measure is simply the lesser of two evils. Allowing our country to slip off the fiscal cliff and raise taxes on every American is unacceptable. American taxpayers should not have to pay the price for Washington’s dysfunction. The cost of not acting could result in an average tax increase of $4,000 on Hoosier families and $2,800 on individuals.

“Through hard negotiations, Republicans were able to protect 99 percent of all taxpayers from any tax hikes and permanently lock in the current lower rates. This fiscal cliff deal is not a long-term solution; it is only round one. Round two is only weeks away when the Treasury is scheduled to reach the limit of its borrowing authority, at which time we must confront and correct our spending problem.

“The White House and the Senate have used the President’s repeated vow to raise taxes on millionaires as an obstacle to delivering a long-term deficit reduction plan. By holding 99 percent of Americans hostage, the President was able to raise taxes on the top one-percent, but now there is no excuse for avoiding the real fiscal cliff – the out-of-control spending and borrowing.

“We have proven in Indiana that lower taxes, reduced spending and a more limited government is a model that works. Congress and the President must find the political will to strengthen our economic future and it starts by being honest with the American people about what needs to be done. Reforming Medicare, Medicaid and Social Security to make them solvent, overhauling our complex tax code and reducing government spending is the only way to solve our fiscal crisis and ensure future generations will inherit a stronger and more prosperous country.”

This fiscal cliff deal passed the Senate 89 to 8. The plan prevents massive tax increases from hitting Americans on January 1 and delays substantial defense cuts that would impact our national security.