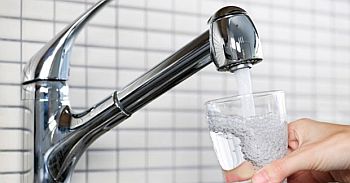 06/13/12 The Argos Town Council made a decision on June 6 that will mean an approximately $2,500 per year savings, but money wasn’t the deciding factor. The council members voted 5-0 to discontinue adding fluoride the town’s water. The water supply will still have about .5 milligrams per liter that is the amount naturally found in water.

According to Argos Town Clerk, Patty Jones, the decision was based for health proposes. Jones said, “Our Chief Water Plant Operator, Nick Wood, gave the council an incredible amount of information to review well ahead of the meeting to educate and get the conversations started.” Wood submitted a written statement to the council saying, “I am asking the members of the Argos Town Council to consider discontinuing the addition of Sodium Fluoride to the town’s water supply. The debate as to whether a public water system should artificially adjust the water supplies fluoride level above that which is naturally occurring, is one that has been taking place for years; however, in recent years a growing number official governments have started to take a closer look at the practice, considering the possible health effects, and debating the moral issues with what some consider the mass medicating of the public.”

Wood indicated that the internet has allowed people to research information the topic. He shared the internet sites for information on a number of articles and highlighted three studies dated, 2000, 2001, and 2005.

He said, “I will warn you now, as with any debate where there are extremely passionate people on opposing sides of an issue, there are incredible amounts of information, studies, and opinions to support both sides of the issue.”

He said, “As an operator and as someone who has for the last nine years continued to pay close attention to the issue, I feel morally compelled to give my opinion on the issue.”

Other local communities discontinuing the practice include Bourbon, north Liberty and Walkerton.