12/22/11 During a meeting on December 20, the Plymouth Redevelopment Commission voted in favor of accepting a final master plan for the proposed downtown park. Presenting the concept drawing to the members was Michael Reese of the Troyer Group.

Reese said the Concept I out of a number of different drawings that seemed to be the one most people who had attended public meetings, stakeholder meetings and also the Park board favored.

The first phase of the project is expected to reach $2 million and will include the Farmer’s Market, a donor garden, entry signage, performance stage, restroom building, the Christmas tree plaza, an interactive fountain plaza, and a central area where people can congregate. Reese said they could cover the central area with pergola or some other type of shading. Although not specifically included in the first phase of the three phase project, an area will be included that could hold a skating rink that could be up to 100 feet in diameter in the future.

The total project for three phases could reach $4.8 million, according to Reese.

Don Ecker, board member said, “I certainly think it’s an enhancement to downtown.”

Reese said the project could move forward in 2012-2013 as funds become available.

Speaking on behalf of the Downtown Revitalization Committee, Brent Martin said, “By and large, the discussions at the meetings have been on the downtown park.”

He then said he had researched what the cost of appraisals might be for the strip plaza on Water Street, 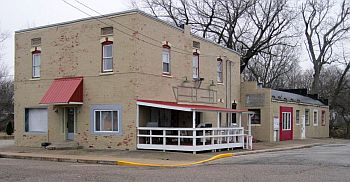 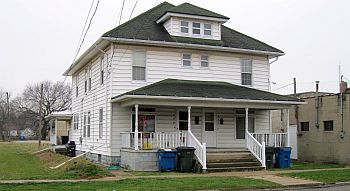 white two-story house located on Garro Street that are located on areas where the park would eventually encompass. According to Martin, the appraisals would run between $1,500-$2,000 and they would need to have two different appraisals. The Redevelopment Committee approved the two appraisals with a maximum cap of $4,000.

Martin said, “The plans from eight years ago are coming into fruition.”

In other matters, an additional $201.60 for five construction signs was approved for the Oak Road Project. Redevelopment President Don Wendel said there are still ongoing negotiations with the engineers on the project, but that the project was basically done. Wendel said, “We did get it done before the holiday season really started.” Much of the timeline for the project had been established to have the project that goes between two-shopping centers completed in November.

Mayor Mark Senter thanked the Redevelopment members for their service. He said there will be two new members on the board starting in January. After the meeting, Senter said he has asked two local residents to serve on the board, but has not received confirmation of their acceptance.