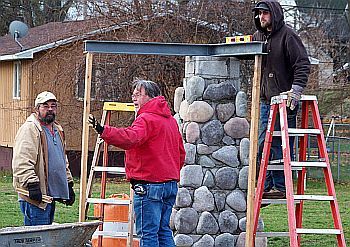 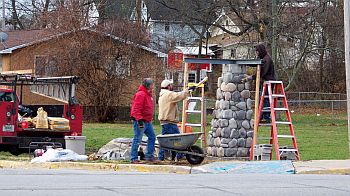 11/17/11 The dedication of the Lincoln Highway Kiosk planned for Saturday, November 19 marks the culmination of years of work by many to keep the history of the highway alive. The kiosk will be located in the 200 block of East Jefferson Street in Plymouth. Several of those who helped to make the project making Lincoln Highway an official state byway a reality will be on hand for the dedication ceremony at 1:00 p.m.

The public is invited for the dedication event.

According to Garner, the Lincoln Highway was the nation’s first established coast to coast highway providing travelers a route from New York to California through Northern Indiana. The road was established in 1913 and began in New York’s Times Square and terminating at the Palace of the Legion of Honor in San Francisco.

Garner said, “The highway’s origins are decidedly Hoosier with native Carl Fisher, founder of the Indianapolis Speedway, birthing the idea and leading the charge to establish a good road across the nation.
Establishing the route of the highway was mixed with factors such as population centers, grade and land formations, and by influence of politicians.” “These factors all played a role in Indiana where a unique situation developed creating a later southern alignment through Plymouth in 1928. The Lincoln Highway retained its identity despite being designated as U.S. 30 for thirty more years until 1956 when the Federal Aid to Highway Act was passed bringing about the interstate system.”, Garner said.

Garner believes the project completion will lead to marketing opportunities for Marshall County. He said, “The Lincoln Highway is already marked across most of Indiana. The INLHA has developed a byway committee that will begin making marketing plans for communities along the route.”

Garner added, “Marshall County is now represented by two state byways that travel through the towns of Argos, Bourbon, Donaldson, LaPaz, and Plymouth.”

A second order designating Michigan Road as a byway was signed by Lt. Governor Becky Skillman September 9, 2011. According to Garner, the byway will tap into the growing heritage of tourism industry as a committee working on the marketing project completes their goals in 2012.

Garner said, “The Michigan Road was funded by the State Legislature in 1826, surveyed in 1829 with construction following in 1830. By 1836 the route was essentially complete across Indiana. The 270 mile stretch of road began in Madison and ended at Michigan City by way of the new state capital at Indianapolis. The primary purpose of the road was to spur development of the northern part of the fledgling state, as well as create access to shipping ports on the Ohio River and Lake Michigan. The road generally follows Highways 421, 29, 25, then Old US 31 to South Bend, then Highway 20 to Michigan City.”
Those wanting to learn more about the Michigan Road Byway may visit the website www.HistoricMichiganRaod.org