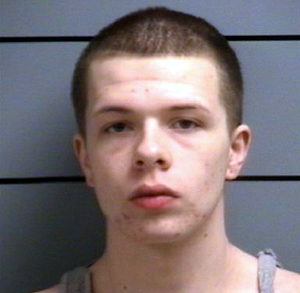 01/20/11 Plymouth Police made an arrest last week in an auto theft from Wal-Mart.

On December 11th at 9:47 p.m. the Plymouth Police Department received a report regarding the theft of a car from the Wal-Mart parking lot in Plymouth.  Video evidence showed a young white male entering the car at 9:05 p.m. and driving it away.  The stolen car was recovered in Mishawaka on December 22nd.

After an investigation by Detective Sgt. Leo Mangus with Plymouth Police, 18 year old Andrew D. Swank of the Irish Hills Apartments in South Bend was arrested on January 12th and booked into the Marshall County Jail for auto theft, a class D felony.  His bond has been set at $5,000 cash.