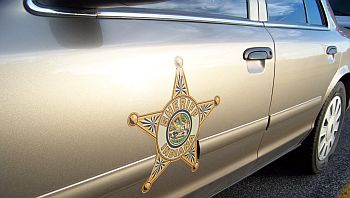 At 8:43 AM Patrolman Jeff Sharp responded to 13830 US 6 to investigate a theft complaint of tools that had been taken from the residence.  Upon arrival it was found that a numerous amount of Snap-on brand wrenches and Gear brand wrenches in both metric and standard sizes were taken along with deep well socket’s and standard socket set’s.  Also taken was a Snap-on brand 18 volt battery packs with charger.

At approximately 9:37 AM the Marshall County Sheriff’s Department received a report of a theft that occurred at 11017 Forest Drive from a vehicle that was parked at the residence.  Upon arriving Patrolman Nick Laffoon found that an unknown person or persons had entered the vehicle.  Items in the victim’s vehicle had been moved and were found lying on the floor board of the car. The owner estimated that this occurred between 6:00 PM on Tuesday, January 11th and 7 AM Wednesday, January 12th.

A short time later the Sheriff’s Department received another report from another resident just south of the victim on Forest Drive.  A digital camera was taken from their vehicle. It is believed that several other vehicles in the area may have also been involved.

Residents are reminded to keep their vehicles locked and valuables out of plain sight. If you have any information to these incidents please call the Marshall County Sheriff’s Department at 936-3187.