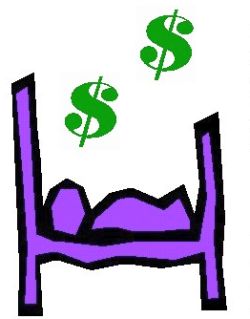 12/151/10 The request of the Marshall County Convention and Visitor’s Bureau to increase the County’s Innkeeper’s Tax from 3% to 5% passed on second and third reading on Monday.

Mike Woolfington, Executive Director of the MCCVB sought the 2% increase last month noting that revenues have fallen.  The rate has been at 3% for 20 years and currently 56 counties in the state are at or above 5%.

There was no public input during the first reading and on Monday there were no additional comments. Council members held a discussion prior to their vote.

Judith Stone said, “I have received quite a bit of communications regarding this including 13 phone calls and other people approaching me.” She continued, “This just isn’t the time.”  Stone did comment that several of the people she spoke with did say that they would support a 1% increase.  She also commended Woolfington for the great job he has done for the past 20 years.

Rex Gilliland, Don Morrison and Fred Lintner all were in favor of the increase while Ward Byers commented, “We have a lack of inventory of quality hotel/motel rooms in this county” and Ralph Booker agreed.

Council President Matt Hassel said, “We saw a reduction of 22% in property taxes this year and we responded to the tough times by and not increasing taxes.”

The Council voted to suspend the rules and pass the ordinance amendment on second and third reading.  The vote was 5 to 2 with Judith Stone and Matt Hassel voting against.

The 2% increase in the County’s Innkeeper’s Tax will go into effect January 1st, 2011.