18 Year old Arrested After Cutting Brother with Knife During Fight 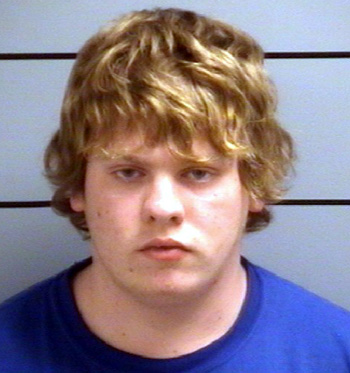 12/14/10 Sunday afternoon at 12:46 Plymouth Police Officer Paul Stamper was dispatched to 715 Mansfield Street in reference to a battery.

When Officer Stamper arrived he found that the two brothers living at the residence had been in an altercation.

Investigator Ted Brown said that there was some controversy on the incident.   He said he was told that the 13 year old brother had picked up a chair during the altercation and as a way to protect himself 18 year old Cody A. Clark had picked up a paring knife as a means of protection.  The brothers began to fight and the younger brother received two cuts, one to the left arm and one to the right leg.  He was treated and released at Saint Joseph Regional Medical Center.

Cody Clark was arrested and transported to the Marshall County Jail.  He was booked in at 4 p.m. for battery by means of a deadly weapon.  He was held without bond.