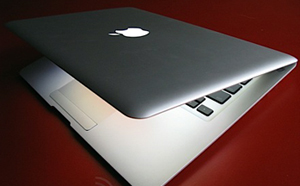 12/10/10 Every Plymouth High School student and certified staff members will begin the 2011-2012 school year with individual laptops, according to PHS Principal Jim Condon. Condon received the full backing of the school board on Thursday night to put a 1:1 laptop technology project into place.

Condon said the goals of the project at this time are to focus staff training on technology and increase the levels of engagement on behalf of students and parents in technology.

The Plymouth Schools have been preparing for implementing a 1:1 initiative for some time. Condon said the wireless infrastructure to support the laptops was in place at the beginning of the current school year. He said, “We have had 1:1 computing in English classrooms since 2007-08.” He said he believes PHS is prepared to further integrate technology as a way to improve the way they teach, learn, and assess learning. He said, “We are committed to promoting high levels of engagement and productivity as we prepare our students for the challenges they will face.”

The PHS project will be similar to a pilot project untaken by Principal Dan Funston at Lincoln Junior High this year. Every student at LJH has a personal laptop for use during the school day. At the school board meeting, Funston indicated that LJH students may be able to take home the laptops after the winter break.

LJH eighth grader Libby Portteus gave a demonstration of how students at LJH used the laptops during parent/teacher conferences this year. Portteus showed her grades in every subject and graphs of her reading improvements. She also included her goals for each class she is taking as well. Portteus first gave the presentation to her parents during the conferences.

Condon said they will engage in a four-year least program with Apple computers. He said they will also maintain a reserve inventory as well. Part of the plan will be to develop a timeline and effective staff development plan and also develop a plan for proper student care and use of the computers.

According to Condon, they will allow students to take the laptops home as well.

The final cost of the project can only be estimated at this time since it will depend on both enrollment and the cost of the computers when they enter into an agreement. Condon indicated that they expect the cost per unit to be lower than the estimates that he presented to the board. Condon said they anticipate the enrollment at PHS next year to be 1,063. With an anticipated 66 more laptops for staff members along with approximately 71 reserve laptops, the total  number could reach 1, 200.

Condon said the cost of each individual unit is approximately $1,017.55 which includes a four-year Apple Care Protection Program. An additional cost of $48,000 for insurance would bring the cost of the four-year lease to $1, 269,060.

Superintendent Dan Tyree pointed out that expenses would drop in other areas when the laptops are in place. He said they will be replacing tools such as printers. He said, “There has been a significant drop in paper use at LJH now.” Tyree explained that in the future, the ISTEP testing will be done on the computers and it is even more reason to implement them now. He said, “The state has given us ample time.” He said they are planning to have some of the schools technology staff certified in maintenance of the laptops. Tyree said, “We are going to see textbooks fade out in six years.”

Condon said, “The incoming freshman who are eighth graders now will be” light years” ahead since they have had personal laptops this year.”

John Beckman of Apple was also present at the board meeting. Beckman said they have 10,000 personal laptops in schools around the country. Beckman concurred with Condon that allowing the students to take home the computers is beneficial. Beckman said, “24/7 access is what really engages the students.” He added, “Good teachers with classroom management beat technology in the classroom every day, but this is a way to help them facilitate the lessons.”