12/06/10 A decision made by the Indiana State Board of Education in August, has the DOE (Department of Education) evaluating the readiness of Indiana schools to administer the multiple-choice portion of the ISTEP + assessments test electronically. The DOE is requiring schools to have at least one grade level in each school building with grades 3-8 take that portion of the test online.

Only the multiple-choice portion is offered online; all students will take the applied skills portion of the test on paper. 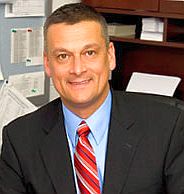 According to Dr. Tony Bennett, superintendent of public instruction, the adoption of Common Core Standards (CCSS) means that there is a need to move 100 percent of schools to online testing. Bennett said, “As technology becomes an even larger part of our students’ daily lives, it makes sense to deliver testing in an online format.”

Daniel Tyree, superintendent of Plymouth Schools said, “We’ve known it was coming and we made it a priority.” He said they had to upgrade their infrastructure and the density of the wireless system along with adding a number of commuters. Tyree said, “We had to make it a priority. There were other things we couldn’t spend our dollars on.” He added, “This is a greener way and will be less expensive.”

Tyree said they will have students in grades 4, 6, 7, and 8 take the multiple choice portion online in the spring.

Tyree said, “We should be using computers. We need to train our students for the 21st century.”

Dr. Terry Barker, superintendent of Union-North Schools, said LaVille Jr. High School students in grades 7 and 8 took the test online last year. He said, “Once they adjust, I think they will do ok.” Barker said they will be adding grade 6 at the elementary school this year in the online testing.

Superintendent Carl Hilling of Triton Schools said, “I think technology is the way to go.” He added, “There will be better security and faster results.” Hilling also believes using the online testing will get students back into the classrooms faster. Hilling said, “It will be less wear and tear on both the teachers and the kids.”

Brad Schuldt, superintendent of Culver Schools, recently attend a conference in Indianapolis where they discussed online e ISTEP testing. Schuldt said, “This is not totally new to Indiana. There are some schools that have been using it for a couple of years.” He too thinks that the turnaround for data will be faster and lead to the minimization of paper costs.

He said the state is already working with schools to determine their capacity to take the test online.

Schuldt said the use of online testing for students who need special accommodations such as having the test read to them will do better online.

He said, “The students are used to technology. They use it every day to complete assignments.”

Bennett said, “Every school and corporation will receive a site readiness report prior to any requirement for online testing during the 2011 ISTEP+ administration. Following the 2011 test administration, IDOE will review the current “lab” capacity to determine which schools have the resources to add additional grades for future administrations of the ISTEP+ online. The process will also document any barriers to preparation of Indiana schools for full implementation of online testing.

Tyree is advising students to practice taking the test online. Tyree said, “The Indiana Department of Education has just launched a web-based version of the ISTEP+ Online, it allows students, teachers and parents to see and take a “working” version the ISTEP+ Online test. All of the tools and features that students will see and use are a part of the site. This is a great way for everyone to become familiar with what the ISTEP+ Tests looks like online.” He said, “You are invited to visit http://www.doe.in.gov/assessment/3-8_gqe_resources.html to access “Experience ISTEP+ Online”.