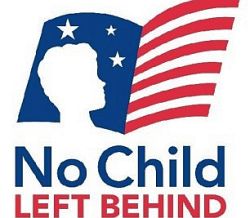 11/29/10 Only six years ago, the Plymouth School Corporation was on Title I school probation. Within two short years, they were off probation. Superintendent Daniel Tyree said, “We formed a committee of representatives of the teachers’ union, parents, teachers, administrators and community members to work on a plan.” “Thanks to the work of our administrators and teachers following the plan, today we are scoring some of the highest scores possible.” he added.

The Indiana Department of Education released Public Law 221 (PL 221) and Adequate Yearly Progress (AYP) results following approval by the State Board of Education last week Results varied for both accountability systems in schools across the state.

Included in comments made by Dr. Tony Bennett, superintendent of public instruction was the following: “Since 2002, NCLB (No Child Left Behind) has required public schools to meet annual performance targets for both the overall student population and for any demographic group within the school that includes 30 or more students. These groups include socio-economic status, limited English proficiency, race/ethnicity and special education. Schools must meet all AYP targets in every student group to make AYP and must test at least 95% of students in each group. Elementary and middle schools also have a 95% attendance rate or demonstrate improvement; high schools must show a 90% graduation rate or meet improvement targets. The U.S. Department of Education implemented regular target increases since 2005 to ensure schools meet the goal outlined in NCLB that requires100 percent of students to meet grade-level standards in English/language arts and math by 2014.”

As a corporation, Plymouth Schools passed AYP (Adequate Yearly Progress); passing with every one of the 23 subgroups. Two of the schools within the corporation, however, did not fully pass AYP.  Plymouth High School had 12 subgroups total and failed in only one. The graduation rate needed to be at 88 percent and PHS ranked 80 percent. Tyree explained that the high school and junior high have the most subgroups. Lincoln Junior High also lacked passing in one subgroup out of 19 with non-passing scores in English/Language Arts for Hispanics.

Tyree said all four elementary schools in the Plymouth system rank exemplary. He added, “Washington Elementary has held exemplary status for five years straight.” According to Tyree, if a school does not meet AYP, they automatically go down two levels. PHS, LJH and Riverside Intermediate fall into the Academic Progress level.

Tyree said, “We are achieving our foundational skills at the highest level at the state, but we’re also not satisfied with just that.” He explained, “We want to make sure our students are prepared for the 21st Century.” To that end, Lincoln Junior High Principal Dan Funston applied for and received a grant making it possible for every student at LJH to have a laptop computer to use throughout the school day. The project has been so successful, that Funston has been asked to make a presentation to the Indiana State Board of Education next Wednesday. In addition to Funston, presenting will be teacher Bob Garrity and student Libby Portteus.