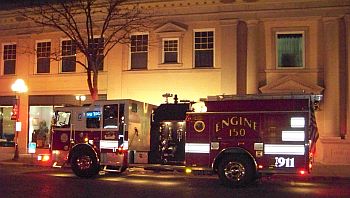 11/29/10 Plymouth fire fighters responded to an alarm on Sunday night at the Marshall County Historical Museum in downtown Plymouth.  According to Chief Andy Metsker, the call came in from 9-1-1 and other sources at 7:22. 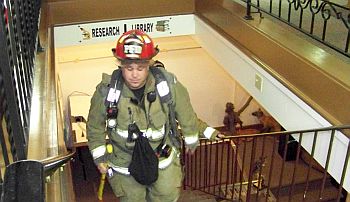 Metsker said it took nearly 30 minutes to determine that the problem was electrical issues with the elevators in the basement of the original building. Apparently the elevator was in the basement and the doors kept trying to open and couldn’t.  The motor got hot and the oil began to cause smoke in the building. 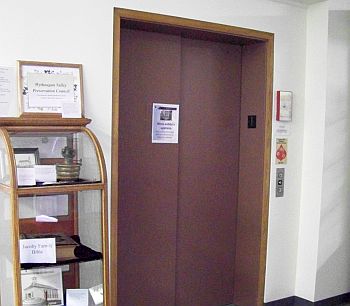 According to Marshall County Maintenance Director Rich Ulrich who was called to the scene, the hydraulic fluid in the pit of the elevators was low.  Montgomery Elevator was contacted by Linda Rippy, Executive Director of the Museum after Ulrich noted the problem to perform an inspection as soon as possible. 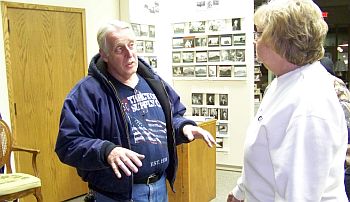 Rippy said, “I got a call from our monitoring system and by the time I arrived at the museum, the fireman were already here.” She said, “I love them. Thank God for our fire department.” 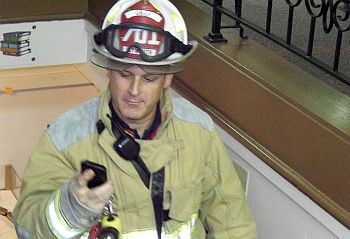 Rippy realized quickly what a fire at the museum could mean. She said, “This is my worst nightmare. There are records here that are irreplaceable.” Rippy said, “We could have lost our county’s history here. Our displays are donated by people who trust us.”

The museum has undergone renovation and expansion over the last few years. According to Rippy, the cost of the project that was done in two phases was $1.4 million.

All in all, three EMS and eight fire personnel responded and others were on standby at the fire station.

There was no apparent damage to any of the museum’s displays.