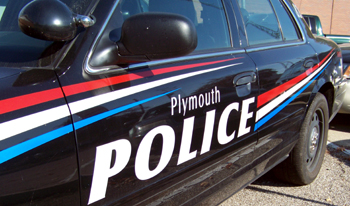 11/26/10 On Monday, November 22nd Detective Leo Mangus with the Plymouth Police Department arrested two 18 year olds from Plymouth after a burglary had been reported last Thursday, November 18th at a residence in the 1500 block of Lake Avenue.

Electronic game systems were stolen from the home and were later recovered which led to the arrest of 18 year old Shane E. Weedling of Plymouth who was charged with burglary. Weedling was transported to the Marshall County Jail and his bond was set at $20,000.

While conducting the investigation it was found that 18 year old Johnathon G. Porter of North Michigan Street had also participated in the Lake Avenue burglary.   Porter was already incarcerated in the County Jail after being arrested for a shoplifting charge at the Plymouth Wal-Mart on Sunday.   His bond was originally set at $1,000.  He was formally read the additional charges for the Thursday, November 18th burglary with his bond being set at $20,000.