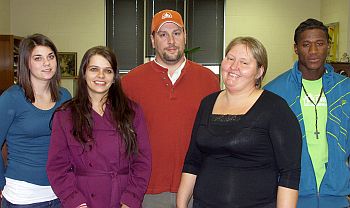 “We are honored to recognize nine new members in the Beta Beta Beta Chapter of Phi Theta Kappa International Honor Society this fall,” said Cynthia Cawthon, who serves as the chapter’s co-advisor alongside fellow faculty member Jane Yochum. “These students with demanding schedules are commended for their exemplary academic achievements and commitment to service and leadership.”

To be eligible for membership a student must complete a minimum of 12 hours of associate degree course work and generally earn a grade point average of 3.5 or higher. Students must maintain a high academic standing throughout their enrollment in the two-year college, generally a 3.25 GPA.