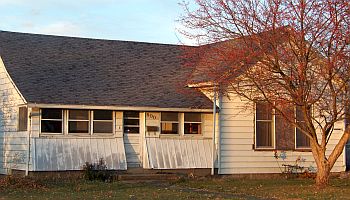 11/15/10 Traffic on West Jefferson Street was detoured for an hour early Saturday for a house fire.

Plymouth firefighters were called to the single story home at 800 West Jefferson Street.  The property is deeded to Steven Eckard and is occupied by Justin Haines.

A 9-1-1 call at 4:17 Saturday morning sent emergency workers to the scene.